The system loads the launch file before launching the app which creates some constraints on what it can contain (some of which may force you back to static image files):

1.The app is not yet loaded so the view hierarchy does not exist and the system can not call any custom view controller setup code you may have in the app (e.g. viewDidLoad)

2.You can only use standard UIKit classes so you can use UIView or UIViewController but not a custom subclass. If you try to set a custom class you will get an Illegal Configuration error in Xcode.

3.The launch file can only use basic UIKit views such as UIImageView and UILabel. You cannot use a UIWebView.

4.If you are using a storyboard you can specify multiple view controllers but there are again some limitations. For example you can embed view controllers in a navigation or tab bar controller but more complex container classes such as UISplitViewController do not work (at least not yet).

5.Localizing the launch file does not currently seem to have any effect. The base localization is always used so you will probably want to avoid text on the launch screen.

6.You cannot specify different launch files for iPad and iPhone. This may be a problem if you have significantly different interfaces for those devices as there is only so much you can do with auto layout and size classes. 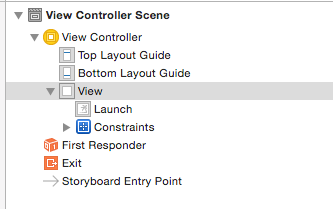 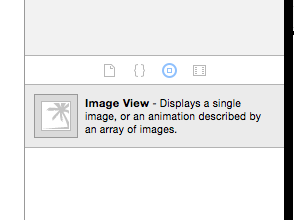 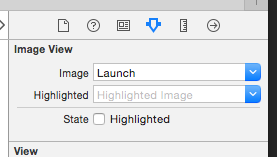 Hope that helps and that I didn't forget anything!

You can use Size Classes to specify different images for different screen sizes, but this not help you handle cases of iPhone 4S and iPhone 5 screens