From an Apple Technical Support Engineer:

Multi-threading errors are the most common cause of mysterious Core Data issues.

In this case, Core Data caught an exception through your controllerDidChangeContent: method, caused by trying to use insertObject:atIndex.

The most likely fix is to ensure that all your NSManagedObject code is encapsulated inside performBlock: or performBlockAndWait: calls.

In iOS 8 and OSX Yosemite, Core Data gains the ability to detect and report violations of its concurrency model. It works by throwing an exception whenever your app accesses a managed object context or managed object from the wrong dispatch queue. You enable the assertions by passing -com.apple.CoreData.ConcurrencyDebug 1 to your app on the command line via Xcodeʼs Scheme Editor. 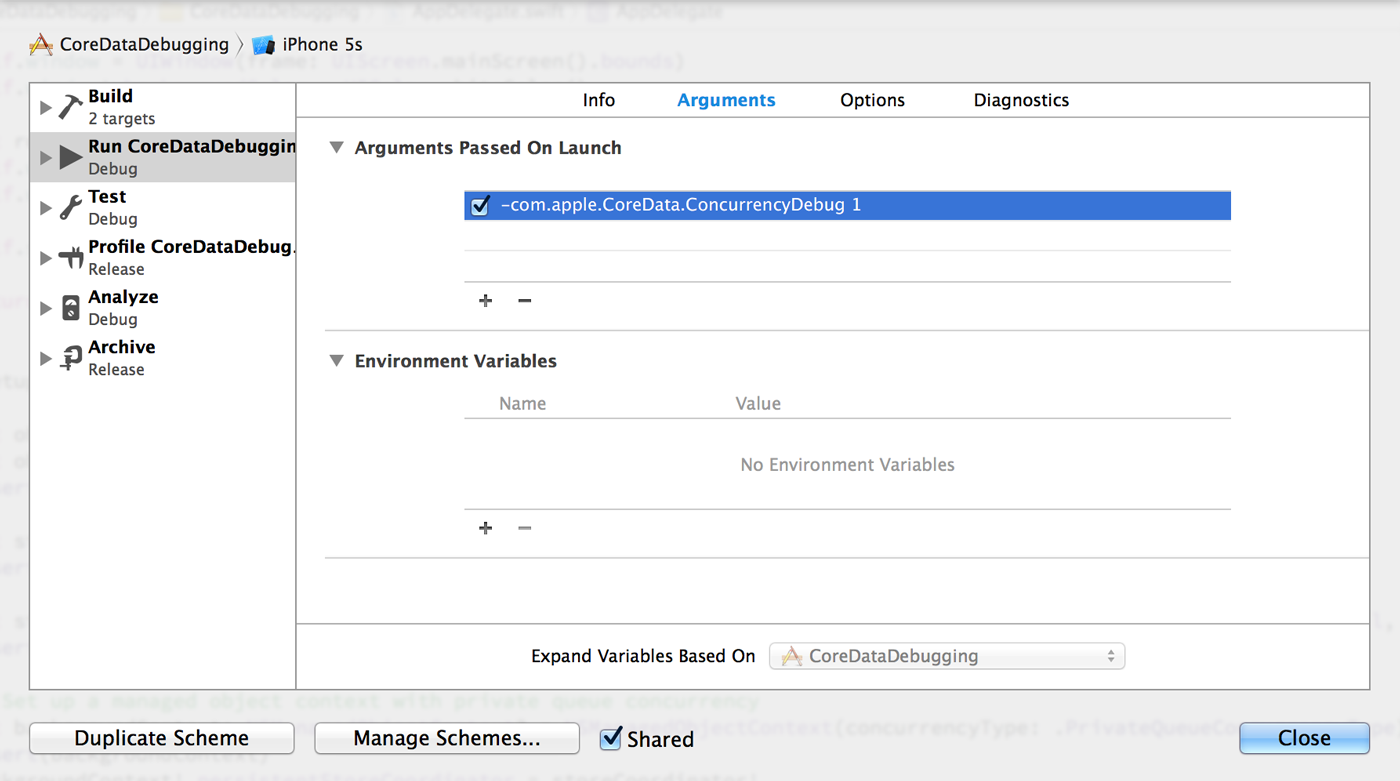 Ole Begemann has a great writeup of the new feature.