Please check XCode console log first. You will find that the app couldn't find out those specific image assets on path "{project name}.app/assets/resources/.."

So, you need to put images on those fixed paths, unlike iOS native App. Lets add "assets" folder to your 'Copy Bundle Resources'. 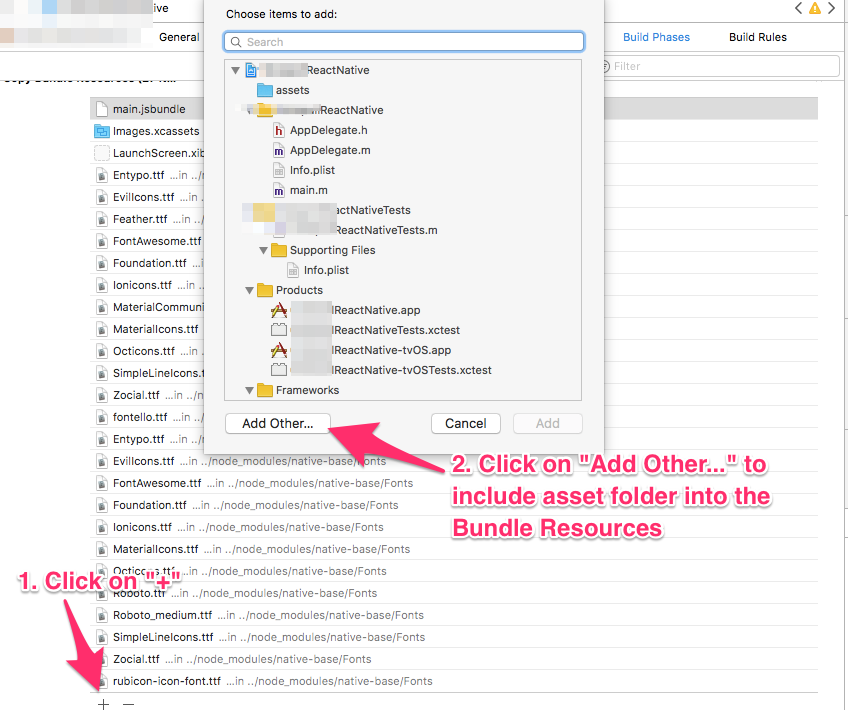 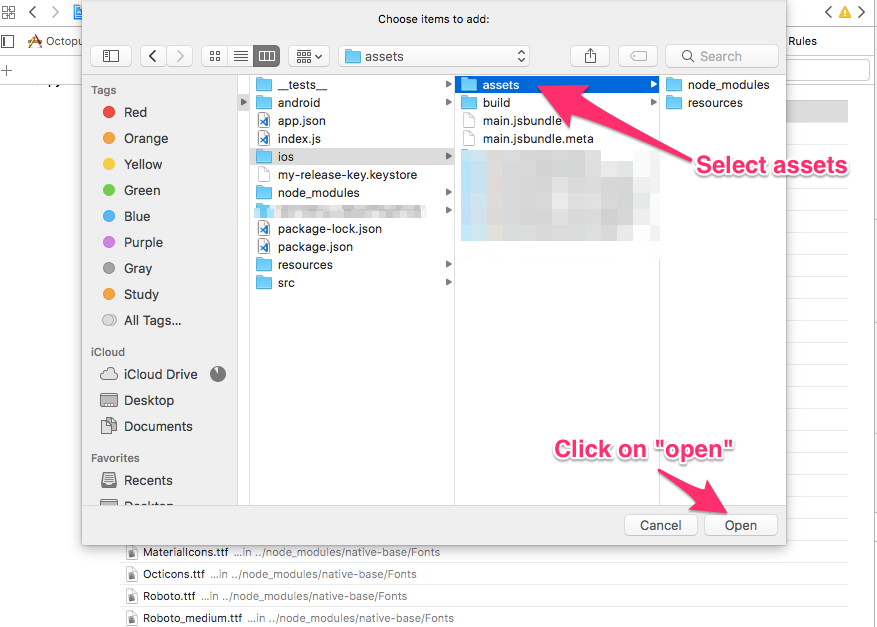 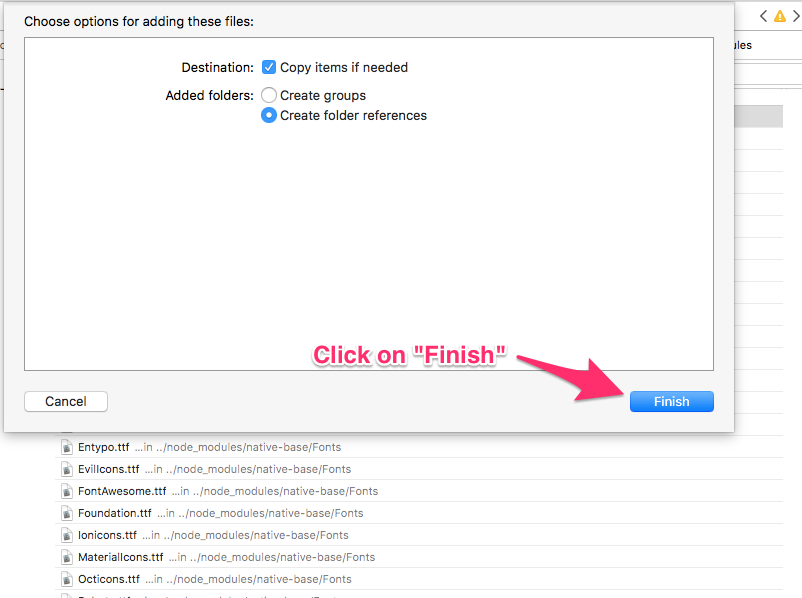 The asset destination and the main.jsbundle have to be in the same folder. Try:

The bundler will create an assets folder in there anyway.

UPDATE including information from the discussions below:

The react-native-xcode.sh script that is executed in a XCode build step copies the main.jsbundle and the assets folder created by the bundler into the app package. If you want to deploy the package manually you need to make sure, that those files are copied. The easiest way is to include the main.jsbundle directly into the project and create a folder link to the assets folder. Verify that both are showing up in 'Build Phases' -> 'Copy Bundle Resources'.

For a newer version of react-native use the following: