How to retrieve an element from a set without removing it?

But in general, sets don't support indexing or slicing.

Least code would be:

Obviously this would create a new list which contains each member of the set, so not great if your set is very large.

I wondered how the functions will perform for different sets, so I did a benchmark: 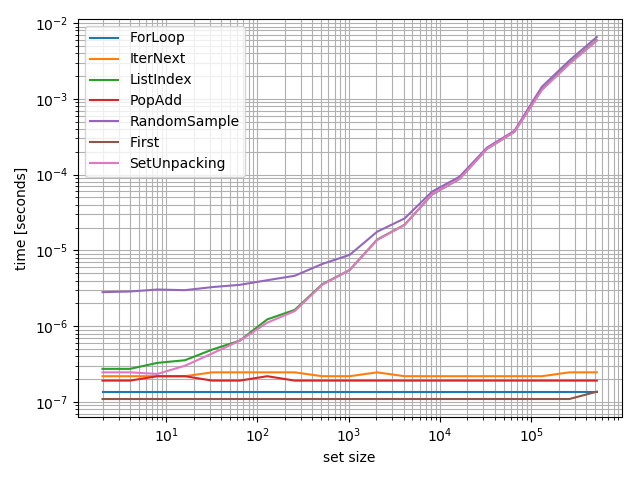 This plot clearly shows that some approaches (RandomSample, SetUnpacking and ListIndex) depend on the size of the set and should be avoided in the general case (at least if performance might be important). As already shown by the other answers the fastest way is ForLoop.

However as long as one of the constant time approaches is used the performance difference will be negligible.

iteration_utilities (Disclaimer: I'm the author) contains a convenience function for this use-case: first:

I also included it in the benchmark above. It can compete with the other two "fast" solutions but the difference isn't much either way.